A KULTURE SHOP EXCLUSIVE:
THE CITIES COLLECTION
-
Agra, the former capital of the Mughal Empire, has always been an endless source of inspiration to me, so when asked by Kulture Shop to create a visual capturing the essence of India's Iconic cities, there was no doubt which city held that stage for me.
I decided to create a pattern, rather than an architectural portrayal, with my own biomorphic 'shamsa' design. My muse: Agra's most famous tribute, the Taj Mahal – final resting place of Emperor Shah Jahan and his beloved, Empress Mumtaz Mahal.
Mughal craftsmen had perfected the craft of 'Parchin Kari', also known as Pietra Dura, especially during the time of Emperor Shah Jahan. Intricate inlay work using polychrome precious and semi-precious gems are set in marble, exquisitely showcased in the Taj Mahal's delicate florals. Each flower and element is individually cut and assembled painstakingly; the natural variation in the stone creating tonal ranges and depth.

Mumtaz, meaning 'distinguished', or 'excellent', is my humble tribute to this phenomenal art, still practiced widely in Agra today by skilled artisans, many of whom are descendants of the Mughal-era guild.
-
Available for purchase on a variety of merchandise
Exclusively via Kulture Shop
-
PARCHIN KARI
MUGHAL FLORALS: A FORM STUDY

-
DESIGN EVOLUTION
A pattern develops and progresses on its own terms, and in multiple directions. I often try to document and save these stages, better known as 'rejects', for future inspiration. Below is a brief compilation of Mumtaz's journey. 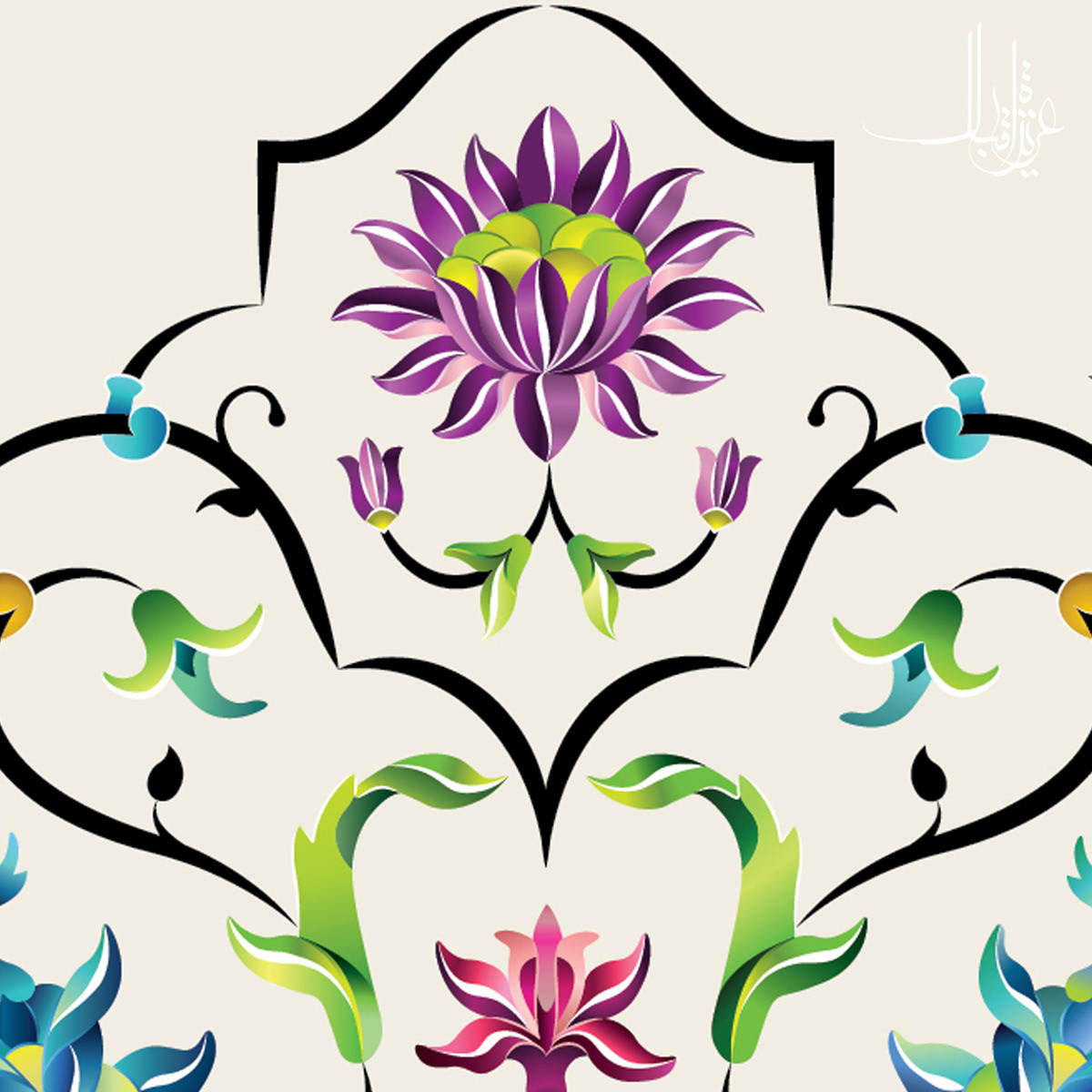 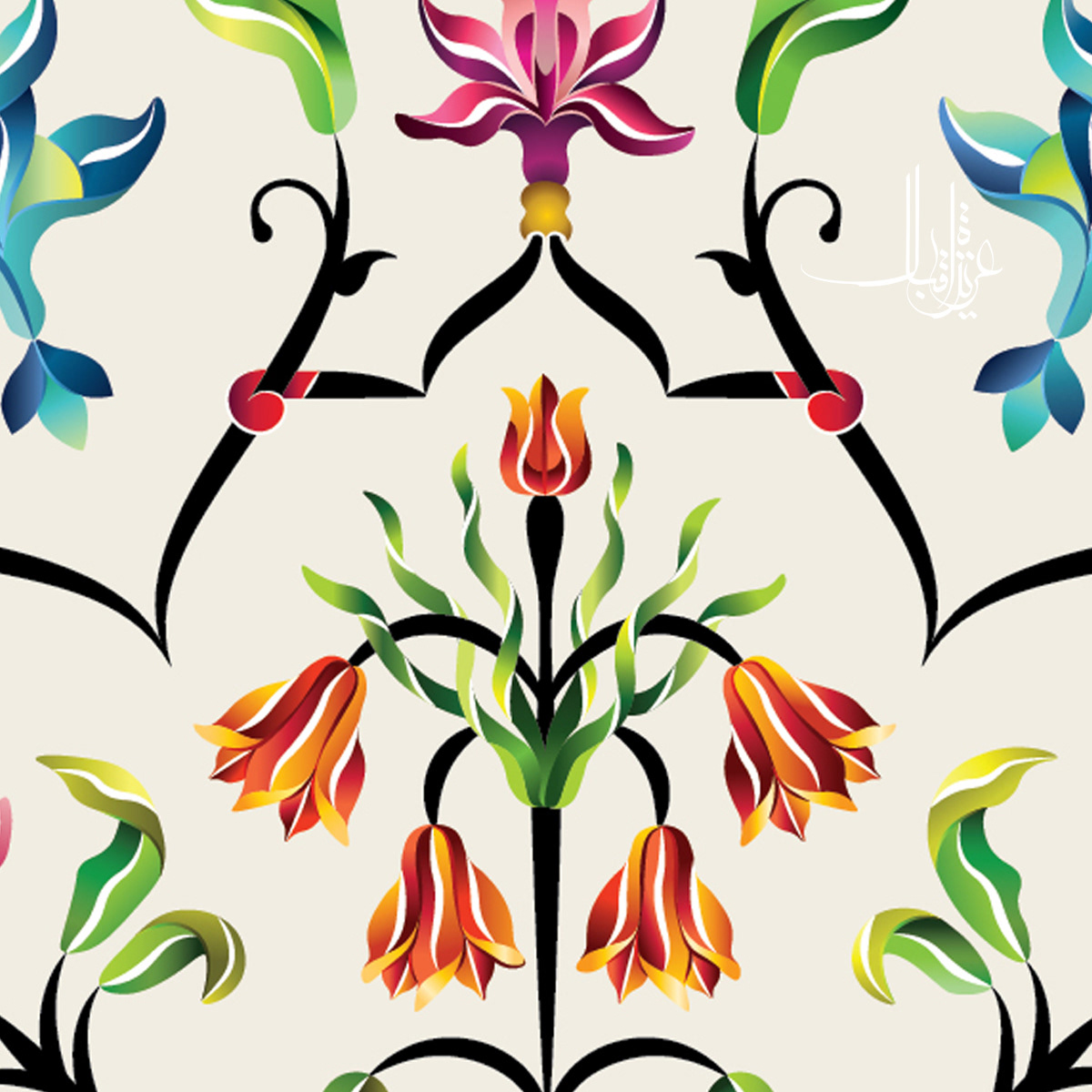 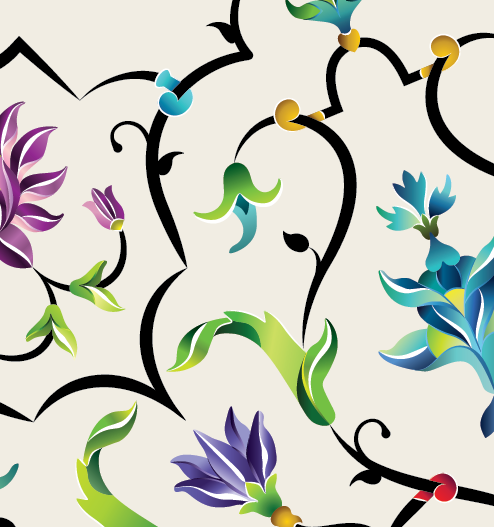 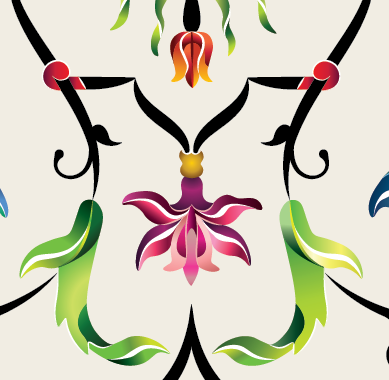 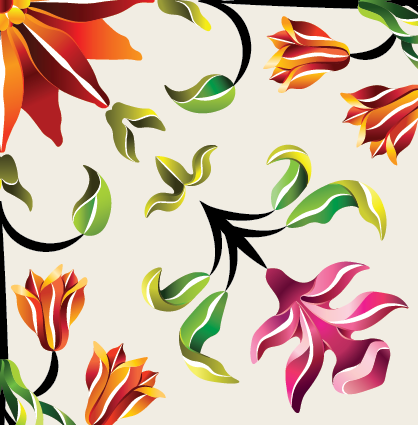 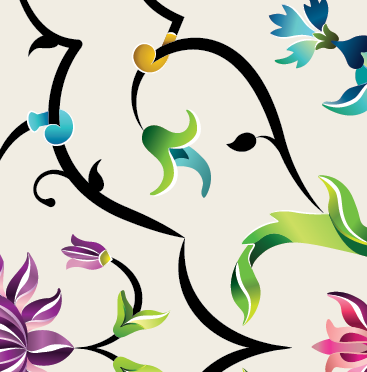 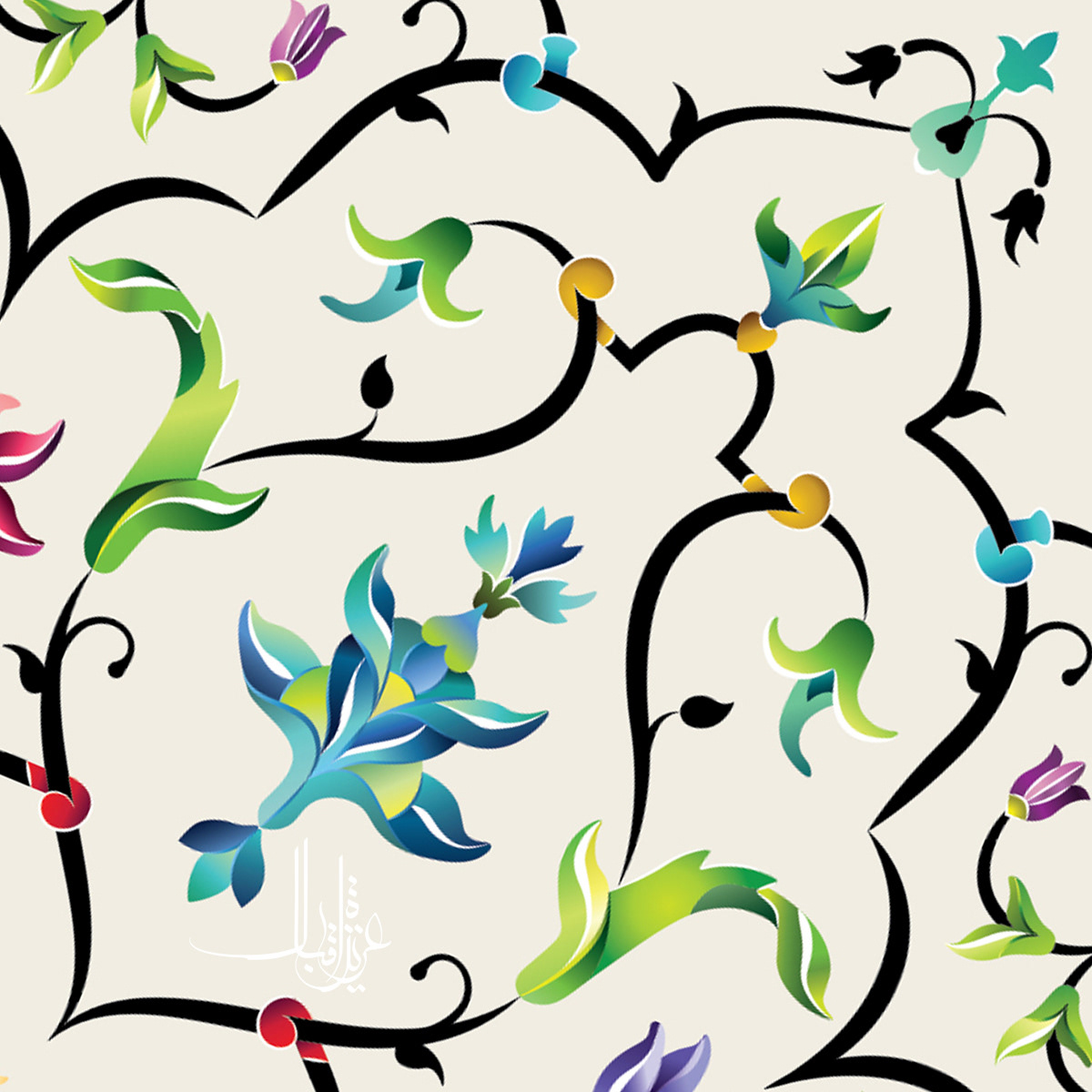